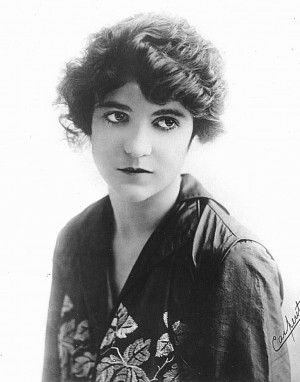 Margery Wilson was born on October 31, 1896 in Gracey, Kentucky, USA as Sarah Barker Strayer and died on January 21, 1986 in Arcadia, California, USA. She was an actress and director, and her second husband was Otto Meeks, the owner of a ranching empire. She is well known for Insinuation (1922), The Offenders (1921) and Old Love for New (1918). The 1921 silent melodrama "The Offenders" was written, co-directed and produced by Margery, with filming taking place on location in Randolph, Vermont. By the time she reached her late twenties, Wilson had completed her work as a film director, and she is sadly a forgotten but important pioneer of silent cinema. A prolific woman, Margery Wilson lived more than sixty years subsequent to her directing career, during which time she achieved success as a speech coach for actors, a public lecturer in person and on the radio, and as an author of numerous guidance books, or what might be called inspirational non-fiction. She had splendid homes on both coasts, was married more than once, became the mother of two children, both of whom predeceased her, and counted among her associates many authors, artists, business people, politicians and diplomats, and celebrities of the twentieth century, including Will Rogers, William Randolph Hearst, Howard Hughes, Elizabeth Arden, broadcast journalist Lowell Thomas, and painter Pierre Tartoué. Her autobiography, I Found My Way, was published in 1956. Sadly, The Offenders (1921) and Insinuation (1922), are now lost silent films.