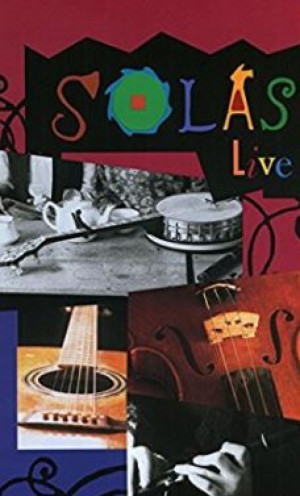 Solas, the acclaimed Irish-American quintet, performs in a live broadcast from Burlington's Flynn Theatre. Since their debut performance in the spring of 1996, Solas has gained international recognition for their energetic interpretations of both traditional and contemporary Irish music. The group's members hail from both Ireland and America and, among them, boast a nine-CD discography. The Flynn performance will be the group's first appearance in Vermont. In addition to being Solas' Vermont debut, the St. Patrick's Day performance marks a first-ever, live collaboration between Vermont Public Television and the Flynn Theatre. Both organizations have long been known for their commitment to innovative performance programming. Members of Solas include: Karen Casey, vocals ; John Doyle, guitars ; Seamus Egan, concert flute, banjo, low whistle ; Winifred Horan, fiddle ; Mick McAuley, button accordion, low whistle. Recorded live Mar. 17, 1998 at the Flynn Theatre, Burlington, Vt.