René Lévesque: A Portrait of Independence 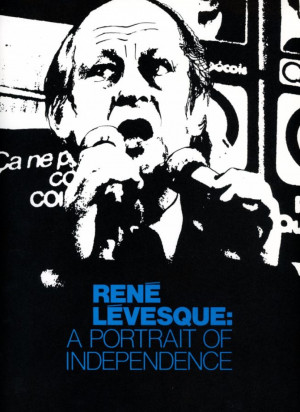 René Lévesque: A Portrait of Independence

The man at the center of Canada's internal crisis, premier René Lévesque of Quebec, gives his first extended interview on American television. Following a brief film introduction tracing his rise to power, Lévesque talks with interviewer Jack Barry. Their conversation was taped in Montreal as the Premier began a series of visits to U.S. cities. Elected November 15, 1976, René Lévesque heads the Parti Quebecois, which has as its prime goal the preservation of French culture through the independence of the province of Quebec. Even though 80% of the province is French-speaking, business has traditionally been dominated by English-speaking Quebecers. Immigrants to the province have overwhelmingly chosen English schools for their children. Since coming to power, the PQ has instituted laws to make French the language of work and education. The rest of Canada by now has recovered from the shock of the PQ victory, but Americans seem just to be realizing that within a year or so the voters of Quebec will be asked to consider independence -- that the 111-year-old Canadian confederation may be driven apart and a new nation formed north of the border. Jack Barry, host of Vermont ETV's "Vermont Report: Canadian Edition," will question the outspoken Quebec leader on the feasibility of an independent Quebec maintaining economic ties with Canada (the concept of sovreignty-association). Also high on the list of topics to cover is Quebec's economic relationship with the U.S. and its need for outside capital. Headlines about stringent language legislation, about people and business leaving the province, about labor unrest, suggest other areas for discussion. Above all, this program offers a close look at the man himself, a proud and passionate leader, whose integrity even his severest critics respect.