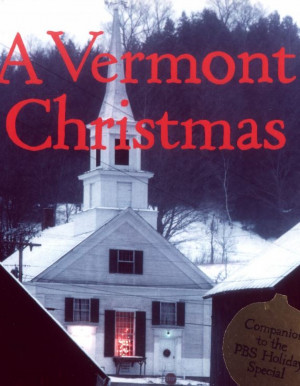 In the snow-covered foothills of Vermont's Green Mountains, a countryside evoked by the lyrical winter poems of Robert Frost, townspeople gather in Middlebury College's Mead Chapel for an annual Christmas tradition: an enchanting holiday concert by the 60-voice Middlebury College Choir and soloists. On one special evening, the acclaimed Meliora String Quartet joins the choir for works spanning six centuries of sacred and secular music. The festive concert performance and Frost's dramatic winter verse are accompanied by beautiful scenes of rural Vermont in this one-hour special narrated by actor Burgess Meredith. In the four years since the Middlebury College Choir appeared in its first public television special, it has toured extensively throughout the United States and, in March 1988, the singers debuted at Lincoln Center's Alice Tully Hall. In this program the choir, under the direction of Emory Fanning, performs works by Felix Mendelssohn, Francis Poulenc and Henry Purcell, as well as several traditional selections. Joining the choir is the Meliora String Quartet, which The Boston Globe ranked "among the premier ensembles of our time." The members of the quartet, who have now separated to pursue individual careers, are violinists Ian Swensen and Calvin Wiersma, violinist Maria Lambros and cellist Elizabeth Anderson. During his 38 summers teaching poetry at Middlebury College's nearby Bread Loaf campus, Robert Frost translated into symbolic verse the pastures, orchards and villages that surrounded his farmhouse. "A Vermont Christmas" illustrates five of his poems-- "Stopping by Woods on a Snowy Evening," "A Steeple on the House," "Afterflakes," "The Onset" and "Good-by and Keep Cold." Narrator Burgess Meredith has performed on- and off- Broadway, on radio and television, and in Hollywood for more than 50 years. In addition to his many dramatic roles, he wrote, directed and narrated "Afterglow," a 1986 film on the life of Robert Frost. The companion book to "A Vermont Christmas," with photographs by Richard Brown and text by Jay Parini, has been published by Little, Brown and Company.